THE FIRST ITALIAN ATTEMPT OF A HOME BUILT GLIDER !!! 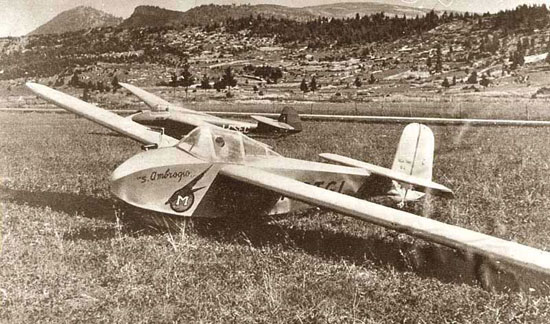 A little before the second world war, the engineer Delle Torre Gian Luigi of Milan planned and built this glider .The eventual dream was to put a pod on it with a motorcycle engine and convert it into a motor glider .

The construction is from wood and fabric with the canopy made from celluloid. The access to the wing fixing was easy because it was accessible through the cockpit. The undercarriage was cushioned by rubber rings , the plywood reinforcements were placed inside in the fuselage and not outside. Airbreaks were not fitted to the glider. 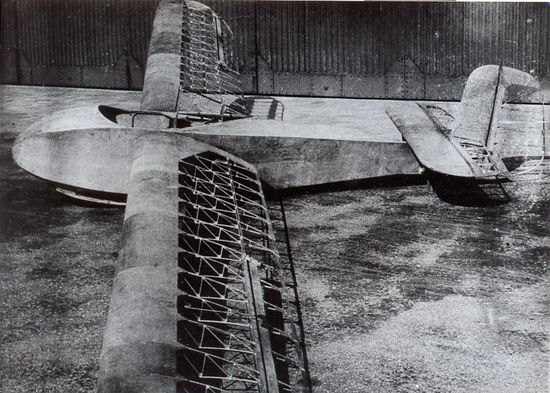 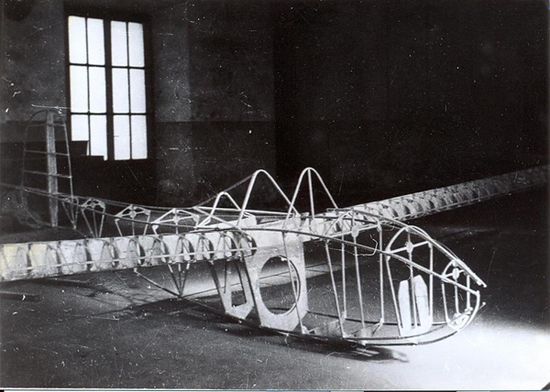 Because of the war, it was believed that only one or two were made , however in a recent book it has been suggested that as many as ten may have been built, but none have survived !!!

The name Sant’ambrogio was given to the glider and it was possible it was because he was the Patron Saint of the city of Milan. 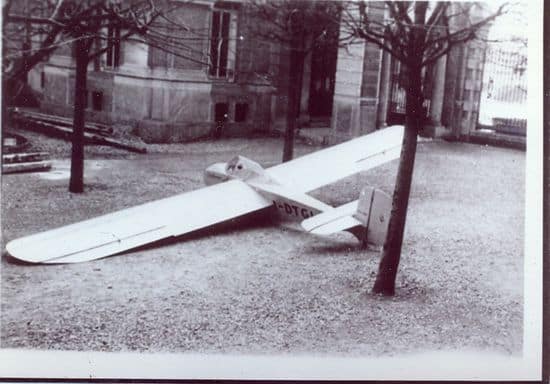 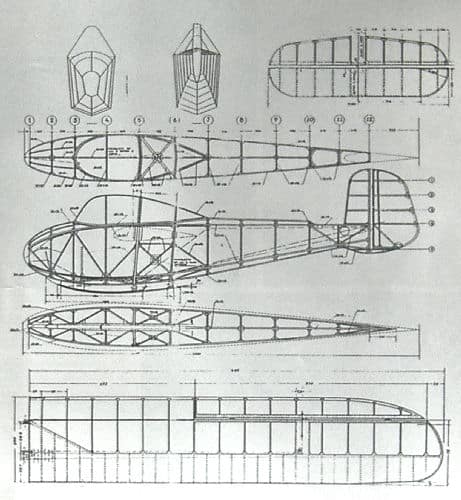 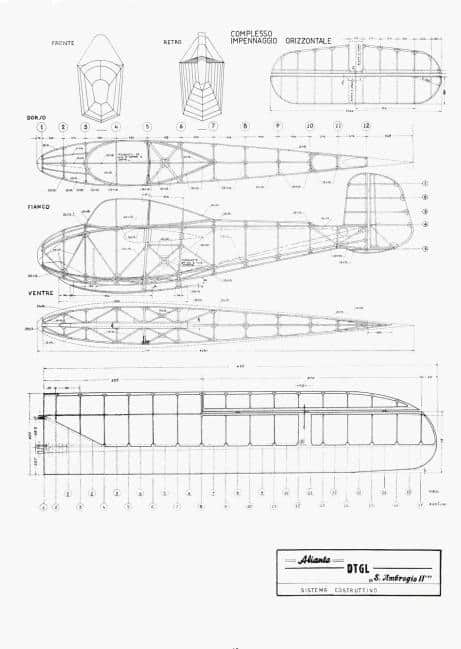 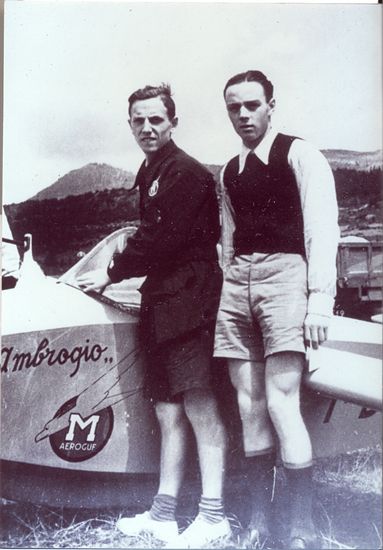 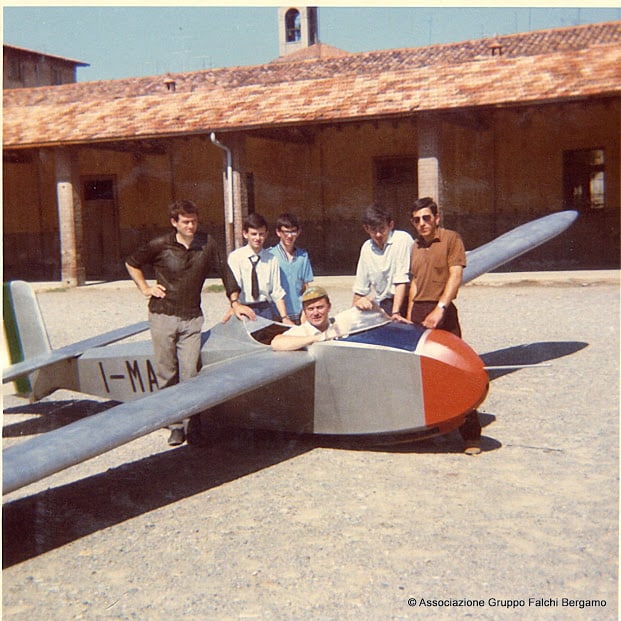