In 1935, the RLM (Reichsluftfahrtministerium, Reich Aviation Ministry) invited several aviation companies to submit design proposals that would compete for the production contract for a new Luftwaffe aircraft design suitable for liaison, army co-operation (today called forward air control), and medical evacuation. This resulted in the Messerschmitt Bf 163 and Siebel Si 201 competing against the Fieseler firm’s entry. Conceived by chief designer Reinhold Mewes and technical director Erich Bachem, Fieseler’s design had a far better short take-off and landing (“STOL”) performance. A fixed slat ran along the entire length of the leading edge of the long wings, while a hinged and slotted set of control surfaces ran along the entire length of trailing edge. This was inspired by earlier 1930s Junkers Doppelflügel, “double-wing” aircraft wing control surface design concepts. For the Fi 156, this setup along each wing panel’s trailing edge was split nearly 50/50 between the inboard-located flaps and outboard-located ailerons, which, in turn, included trim tab devices over half of each aileron’s trailing edge length 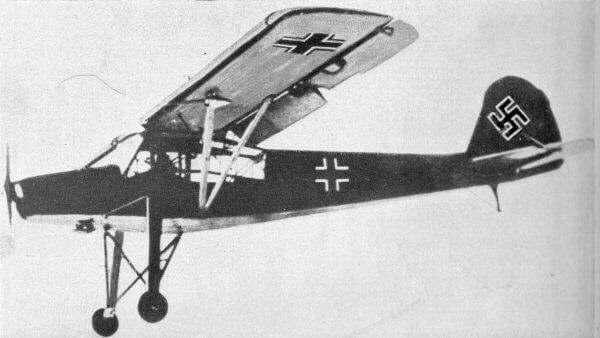 ings of the U.S. Navy’s Grumman F4F Wildcat fighter. This allowed the aircraft to be carried on a trailer or even towed slowly behind a vehicle. The primary hinge for the folding wing was located in the wing root, where the rear wing spar met the cabin. The long legs of the main landing gear contained oil-and-spring shock absorbers that had a travel of 40 cm (15-3/4 inches), allowing the aircraft to land on comparatively rough and uneven surfaces; this was combined with a “pre-travel” distance of 20 cm, before the oleos began damping the landing gear shock. In flight, the main landing gear legs hung down, giving the aircraft the appearance of a long-legged, big-winged bird, hence its nickname, Storch. With its very low landing speed, the Storch often appeared to land vertically, or even backwards in strong winds from directly ahead.

About 2,900 Fi 156s, mostly Cs, were produced from 1937 to 1945 at the Fieseler Factory in Kassel. In 1942, production started in the Morane-Saulnier factory at Puteaux in France. Due to the demand for Fieseler as a subcontractor for building the Bf 109 and the Fw 190, Storch production was shifted to the Leichtbau Budweis in Budweis in 1943

In 1939, after the signing of the Molotov–Ribbentrop Pact, Germany provided several aircraft, including the Fi 156C, to the Soviet Union. Oleg Antonov was made responsible for putting the aircraft into production to meet Soviet requirements, and given a choice between designing an equivalent aircraft or merely copying the German design, the latter was selected. Two versions were envisaged: the SS three seat liaison aircraft, and the N-2 air ambulance capable of carrying two stretchers plus a medic. A prototype was constructed in Kaunas, Lithuania, which flew before the end of 1940, and production was getting under way as the factory was lost to the German advance in 1941. While Antonov’s efforts had produced a heavier aircraft, which required as much as three times the field for landing and take-off as the German Fi 156C, it also had much greater range and increased load capability. After the war Antonov went on to design the legendary An-2 STOL biplane, which was similarly famous for its excellent STOL performance. 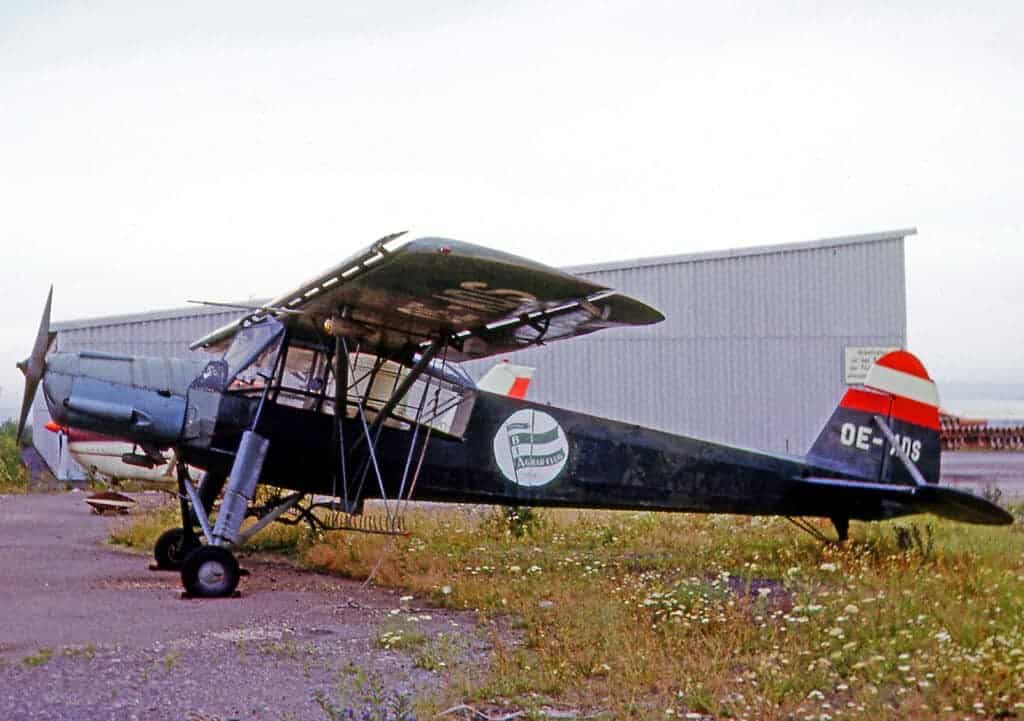 In 1944 production was moved from the Leichtbau Budweis to the Mráz factory in Chocen which produced 138 examples of the Fi 156, locally designated as “K-65 Čáp”. Production ended in 1949

Immediately after the liberation of France in 1944, the production of Fi 156 at the Morane-Saulnier factory was continued at the request of the Armée de l’Air and designated MS 500 for the batch of aircraft produced with the remaining stock of Argus air-cooled inverted V8 engines. Further modifications and use of different engines (inline and radial) are known under different type numbers. The use of the aircraft in Indochina highlighted the weakness of the wood in the construction of the airframe; it was then decided to build the wings of metal. Among the modifications, the defensive weapon aiming through the back window was dropped, although some aircraft were modified in the field to take a machine gun MAC 34T firing through one of the side windows. Some 141 aircraft were built before the end of World War II, and a total of 925 aircraft were built before the end of the production of all types of Criquet by Morane-Saulnier in 1965

Licence production was also started in Romania in October 1943 at the ICAR factory in Bucharest. Only 10 were built by the time th

e ICAR factory was bombed in May 1944. Production resumed later in 1944, but only six were completed before repair work halted production. F 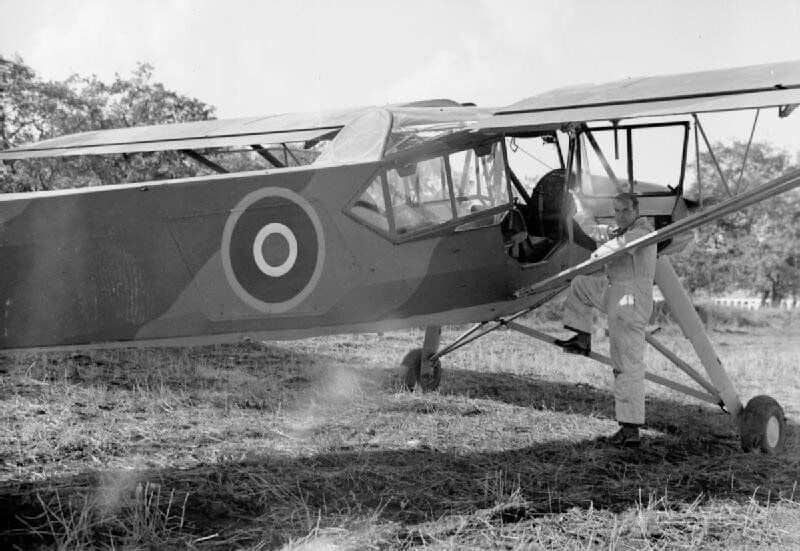