It is reported that Bill Manuel was approached by aeromodellers to produce a Hang Glider to
which he replied “Don’t be silly, will design you a real one (Glider)”, because he had concerns over
the number of fatalities in Hang Gliding taking place at the time. He set about and produced plans
for a two seat, side by side Primary Glider, very reminiscent of the old German Primary Gliders
from Poppenhausen around 1926.

Bill Manuel designed and built Gliders from 1931 until 1984, including the Wren series and the Manuel Hawk, covered elsewhere in these documents. The construction of the Condor was intended to be an inexpensive home built design and included an open aluminium
tube, wire braced rear fuselage carrying generous tail surfaces. The Cockpit was enclosed and sat beneath a constant chord
wing supported by Struts. To build the Condor he co-opted two young assistants who eventually would learn to fly in the Glider. Flight tests were carried out at Cranfield before being taken to the London Gliding Club. The Condor, despite the expected additional drag from the the open rear Tubes and wire braced rigging, proved itself to be a good performer, not only on the slopes, but also for
long distance soaring. It’s life came to an end when it was abandoned at Lasham some years ago.The trailer blew over and the glider was
wrecked and was rotten through years of water ingress. The owner burnt the remains. 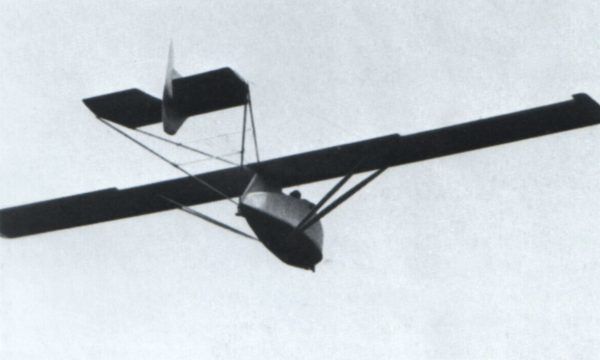 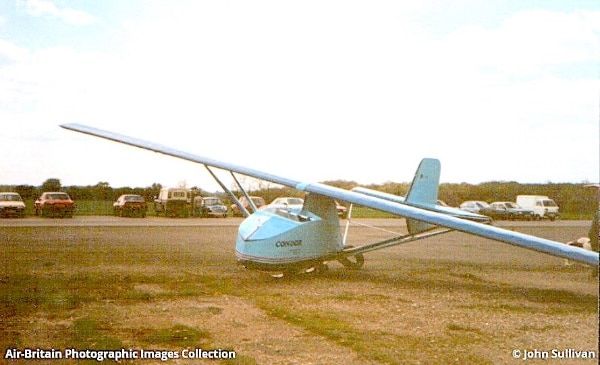