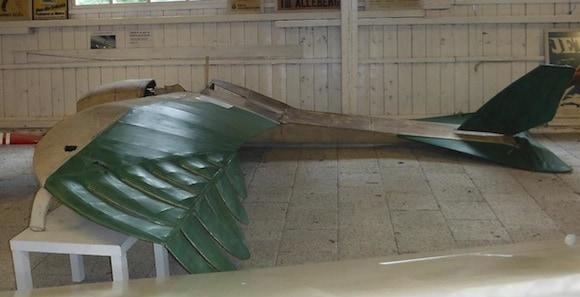 This was our unknown glider, but thanks to Faillace Alessandro getting in touch from Italy, we now have details of this fascinating old glider which was found stored away in Sweden. Unfortunately the details are in Swedish, which I am unable to translate, so if there are any readers who can help out, I would appreciate a translation of the following. 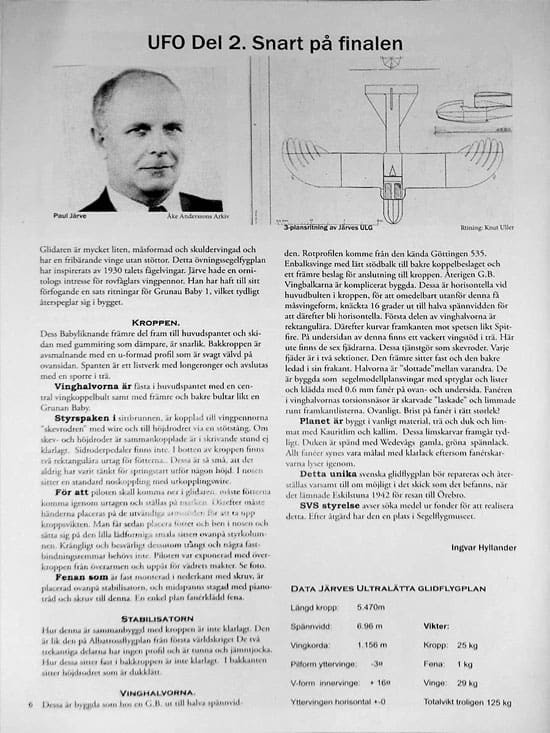 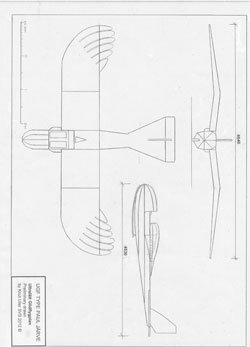 Report from a third party: This is a glider with interesting ideas for longitudinal and lateral control! For longitudinal control the movement of the center of pressure when changing the camber of the wing section is used. And for lateral control the normal aileron method is used. It has an interesting solution to having different locking positions for the horizontal stabilizer compensating for the load of the cockpit as well as for extreme movement of the center of pressure.

The same ideas were used on a Hungarian experimental glider, the KM-400 (built in 1983). However, here flaps alongside the whole span were used.