The forum for all your modelling requirements relating to scale gliders
https://scalesoaring.co.uk/phpBB3/

by Simon WS
Brilliant video from Paul as usual - many thanks to Paul, Eric and of course the very important launcher Mark.

The on board footage reminds me I need to complete the instrument panel, pedals, joystick and levers!

by terry white
Well done Simon.
She looks just awesome in the air; those huge open loops and fast,low passes is nothing but orgasmic (as they say in Whitehall) I am sure you are going to have hours and hours of fun with her. Well worth the build and small problems on the way. Also what a lovely clear well edited video,I shall keep a copy on my desktop and play it whenever the weather stops me flying. Thanks Paul.

Just a little history for those who have just joined us.
We've been waiting a long time for this day, Simon started this build thread exactly 2 years ago this week. and he has had quite a number of pit falls on his journey in completing the project. This is the very reason why I wanted him to take on the project in the first place.I new that once he had started it nothing would throw him off from completing it. He also promised to write a super build thread with a warts and all, day by day account on finishing a proto type model and this he has done admirably. For this we all thank him very much. Also Paul Watkins who had earlier in the month maidened his 800 ( which was the second prototype off the line), comes from a very respectable modelling background with his dad being none other than the legendary John Watkins. John is a little bit poorly now but still manages to fly with Paul's help. Paul too has brought many years of scale modeling experience to this project.

We at Purbeck Sailplanes started the original design of this model in 1998 twenty some years ago. The three proto- types were made purely to iron out the same pitfalls that Simon came across and wrote about. These would have been found and corrected before it had gone into full production just as the ASW27 did before it.
The 800 was the last model Purbeck produced after 12 years in the business, Each of our three families were employed full time with 2 part timers making 9 employed in total.We changed to larger premises twice, with a total of closing 2000 model kits coming out of our small family factory which were sent around the world including Hong Kong and America.
After 12 years of living,sleeping and playing model gliders, we all thought that such hard work deserved more rewards then we were getting, Also I had become sensitized to the epoxy and found that after a day in the factory with the associated fumes my eyes would not focus properly. The day had come; to call it a day and very reluctantly we sold out to an American company that had chased us to sell to them for a number of months.
Everything was packed up and shipped off to America in the coming weeks with part of the selling deal to finish the molds and templates for the coming DG800. This we did,but we just could not part with the three prototypes that had taken so much of our time and enthusiasm up until then.
So yes folk it does mean a great deal to me and my family to see these two models completed and flown, with my own ASW800 hot on their heels. I look forward to seeing all three together in the air next spring.I also hope that as his model settles down to his flying, that Simon will share future stories with us.
So once again thanks to Paul for being the first in the air, and a special thank you to Simon for this superb build thread.

by Simon WS
Thanks Terry. It means a great deal to me too to be the proud owner of all three of the Purbeck Sailplanes scale models - ASW27, Fox and now the DG800. I'm off to fly the DG again on the South Downs today and hope to tune the centre of gravity as it is still a bit nose heavy for me.

by VinceC
Pleased to see two people getting their just rewards from one build. Very satisfying

by mick a
excellent fight and video simon

by Simon WS
I finally got round to adding the instrument dials and then at some point I will finish the cockpit by adding levers and pedals. 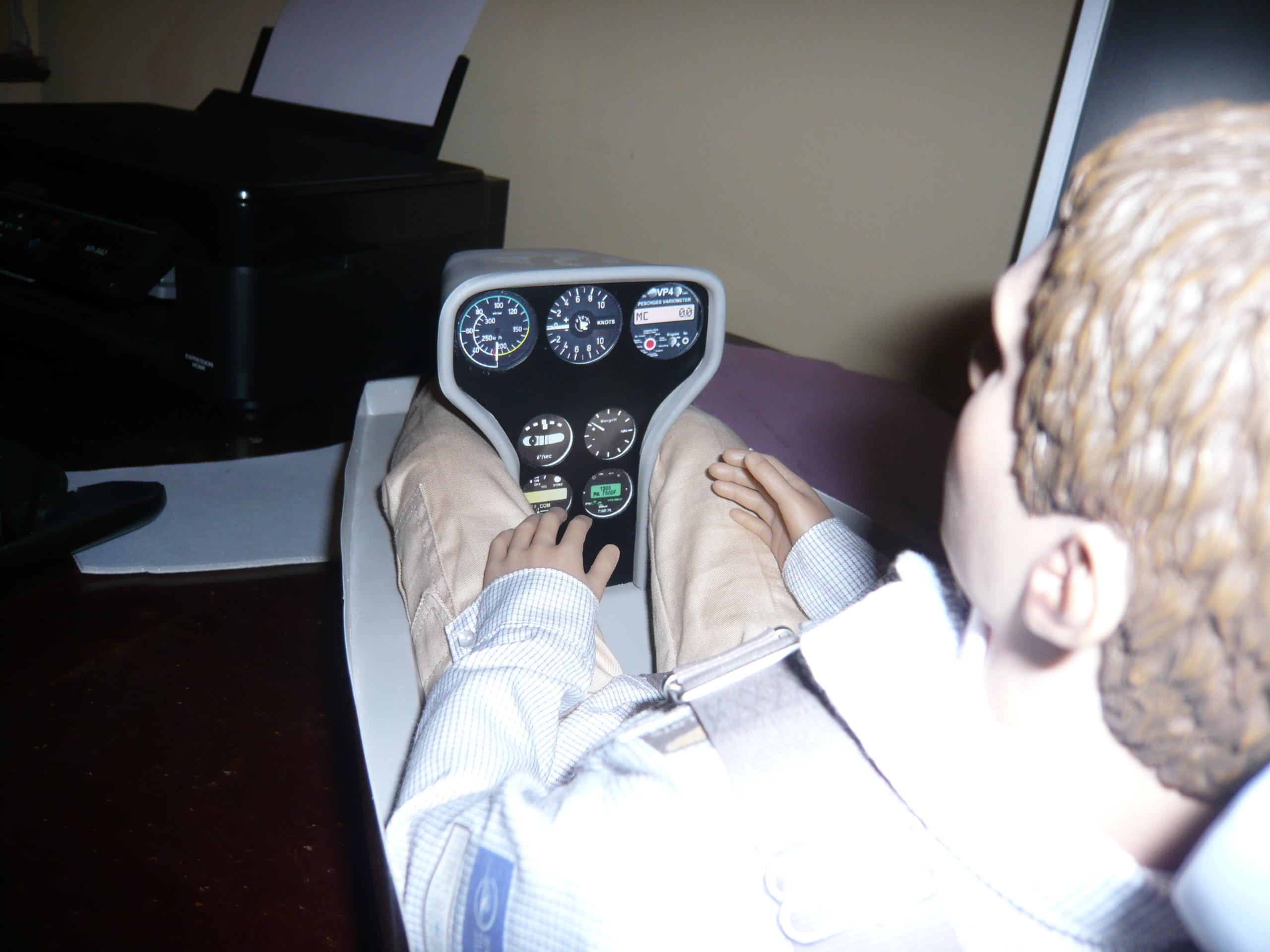 by terry white
Hi Simon,I thought you had emigrated

by MDev
Nice one Simon, 'and then at some point I will finish the cockpit by adding levers and pedals.' Make sure you get a 'roundtoit' first! Haha, we all need them.
All times are UTC+01:00
Page 23 of 23