I first witnessed attempts at aerotowing early in 1970, at a time when each flight seemed to be fraught with danger. The pilots were attempting such by using a fast, low-wing Webra .61 powered aerobatic model with just a short tow line, tied onto the power model’s tail wheel. Unfortunately, these early pioneers gave no real thought to the actual release; their glider was a lightweight rudder and elevator Veron ‘Impala’, which had its towline attached to a ‘normal’ hook under the belly. Was this was recipe for disaster, or what? 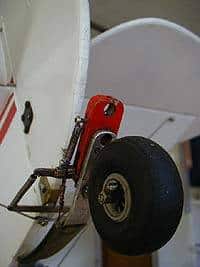 The glider was hand-held for the release. At full-throttle, the tug shot away and was soon heading skywards, snatching the glider straight out of its launcher’s hand and into the blue yonder within just a few seconds. As it did so, the model pulled the tug’s back end up, knocking its fin to one side in the process; not surprisingly, this caused the whole lot to pile in.

I can well remember walking over to look at the results, and hearing one of the pilots saying: “Well, just what are we doing wrong? They tow from the tail with the full-size, so in theory this should work.” Of course, hindsight is a wonderful thing, but on looking back, I doubt whether they could have got it to work no matter what they tried, due to the method being used.

However, according to both of our Scandinavian correspondents, aerotowing from the tail is now de rigueur in their respective countries! Naturally, I asked one of them – Kimmo Hantula in Finland – to send some details demonstrating which method they use, because after witnessing those early disasters,

I am still a little sceptical. True to his word, Kimmo forwarded some photographs, plus a small diagram, showing exactly how they tow from the tail in Finland. To finally push home his point, he sent a shot of the club’s Pik-15 tug towing two gliders at once, one of these being a 1/3 scratch-built, all-wooden Ka-6cr weighing only 6.5kg!

Kimmo emphasises that, when towing, they need not use any red markers in the line, no shuttlecocks, and no line swivels. In addition, they can dispense with the glider wingman, who usually has the duty of holding the glider level prior to take-off. Once the towline is attached a helper simply holds the glider just in front of its fin, making sure the wings are level. The tug pilot then opens the throttle, this putting the necessary tension on the line; upon release, this tension, which actually stores energy, immediately slingshots the glider away. Since it’s flying fast, within just a few seconds, all of the glider controls bite, making it very positive right from the word go.

Towing from the normal high position, i.e. slightly behind the tug’s centre of gravity, is really quite straightforward,” says Kimmo, “and that’s probably why it seems to be accepted as the norm in most Mind you, he does admit that in his opinion, there’s a problem with the technique. In essence, because it’s so very easy to tow like this, some glider pilots don’t bother to correct the flightpath of their models, even if they get badly out of position during the tow. This does not, therefore, do anything to hone their skills as they don’t bother learning to control the model in a true scale fashion, i.e. feeding in constant corrections to keep the flight path. The latter, of course, is essential when using the tail end method of towing. This is all well and good but what, I asked Kimmo, would happen with his system if the glider got too high whilst on tow? Wouldn’t that knock the tug’s rudder off9 Surely, despite the apparent ease with which the system works, some concentration would be required. In reply, Kimmo says that, after eight years of towing from the tail, they’ve only had two bad incidents. Apparently, should the glider pilot let his model get too high with the tow-line approaching an angle of, say, 50 to 60 degrees, then this could indeed cause problems, and therefore a certain level of concentration must indeed be applied. He adds that all tow hooks used must be totally reliable, and able to release at any time, from any position. 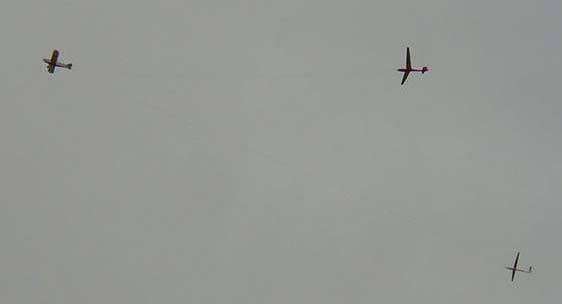 Two into one will go

Since taking up this correspondence, I’ve spoken to a number of well-known UK tug pilots about this method. Most have said that, as it’s nearer to the real thing, then yes it could be of interest – but, they would be very reluctant to be the first ones to try it!

Now to try something else!!! 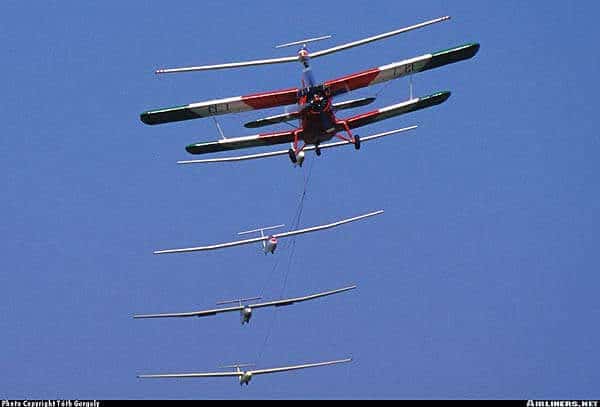