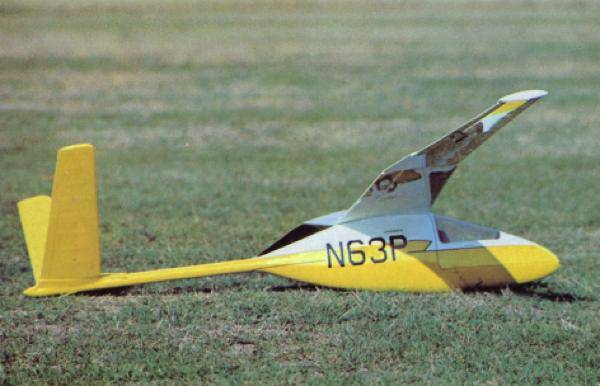 Rather than write about the Ibex myself, this time I will leave it up to the documentation I have acquired to do the talking. Most of this comes from the now unpublished American RC Sportsman magazine and was sent to me by the author of the plan. So, click the reports below and enjoy the read. 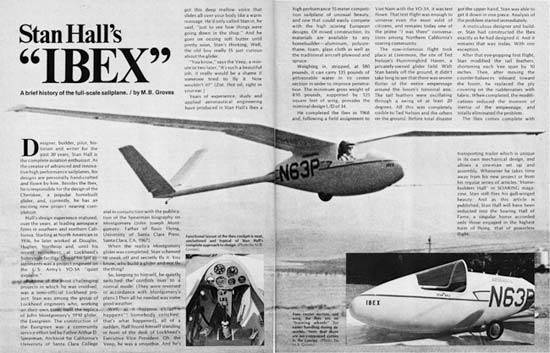 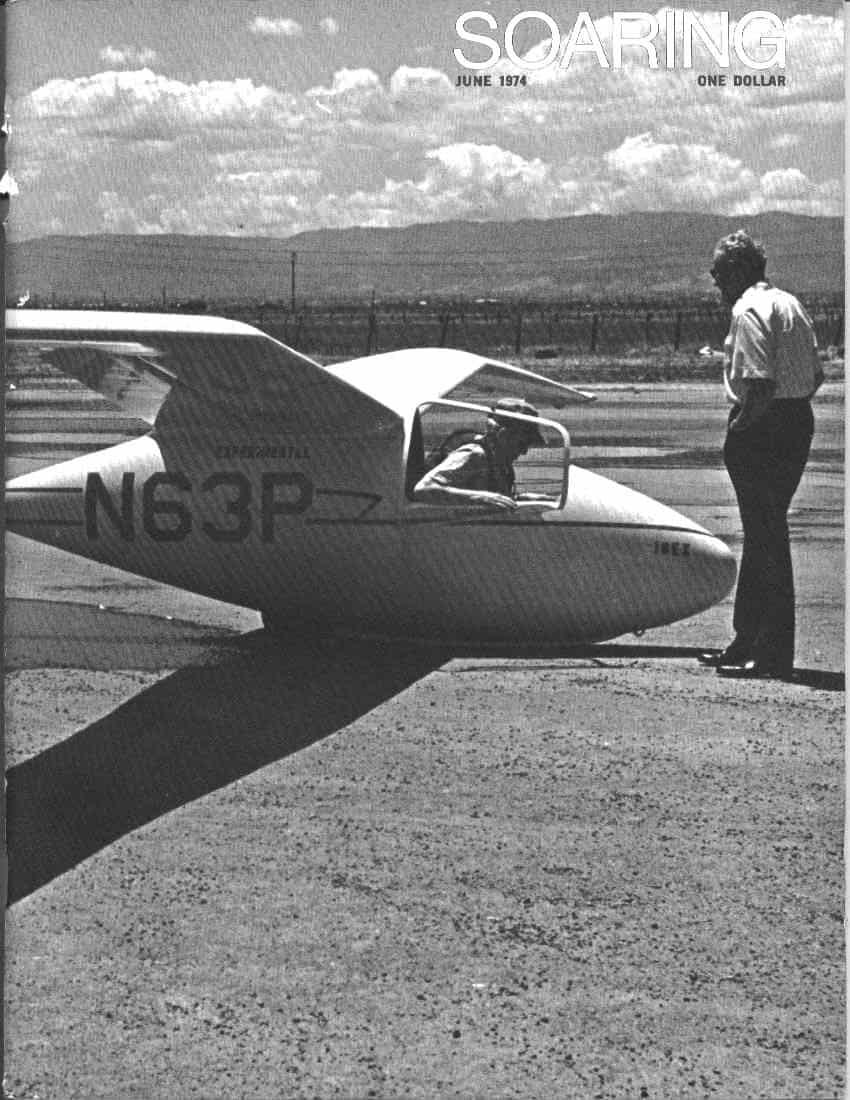 Front cover of the Soaring magazine for June 1974 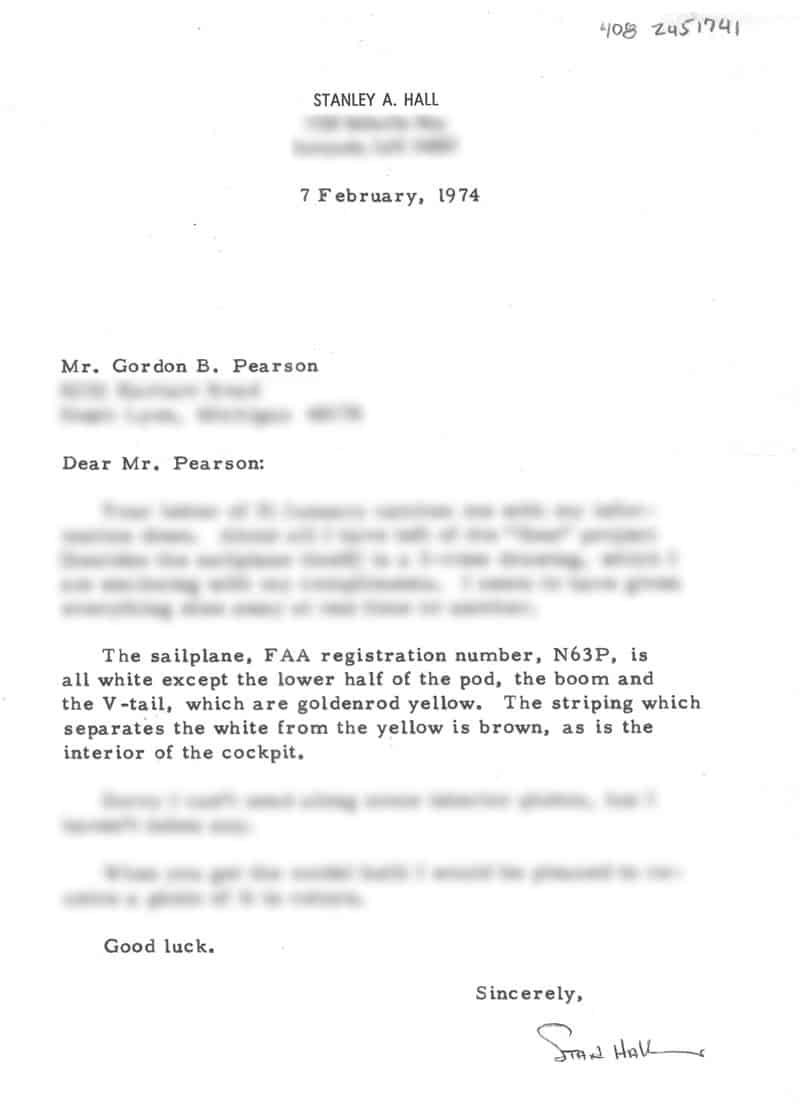 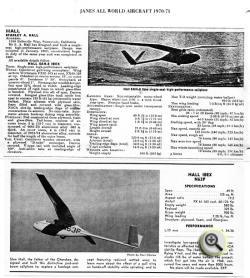 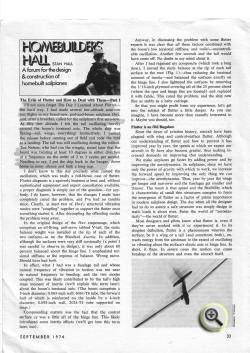 In this report, Stan Hall talks about
Flutter on his IBEX 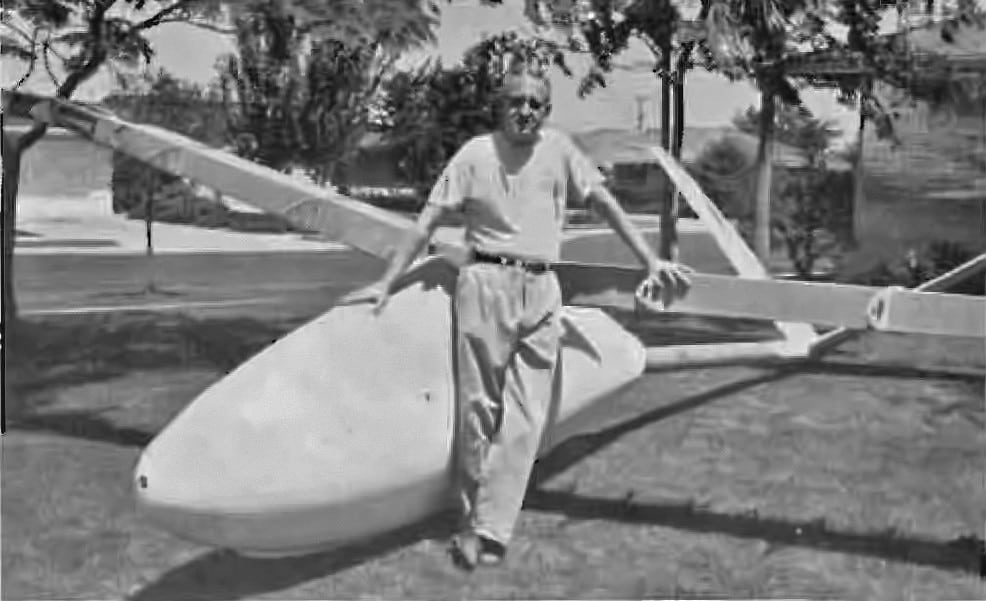 MEN AT WORK “I didn’t realize until reading the November issue of Soaring,” the letter begins, “that I am a ‘die-hard designer’ who has ‘something cooking.’ Now that I have been properly identified I must confess that I am ‘up to something.’ The letter writer in this case is Stan Hall and the thing he’s up to is a graceful new creation with the very appropriate name of Ibex. As the accompanying photograph shows, the ship combines several unusual features, namly a pod-and-boom fuselage, a gull wing and a butterfly tail. These are all justified, Stan claims, on the basis that the pod and boom and the V-tail reduce wetted area and the gull wing is pretty.

The area of the Ibex is 125 sq.ft. The wing features a rectangular box spar built in three sections. The gull section is to carry 30%’ slot-lip flaps and water ballast (125 pounds) provision. Stan claims that figuring out how to drive two flaps from a single point on a gull wing has altered his entire outlook on life.

The pod fuselage of the Ibex is elliptical in cross section and consists ( inside to outside) of mahogany pIy, plyfoarn and fiberglass. The boom employs one length of four-inch diameter dural tubing held inside a section of five-inch diameter tubing by three machined dural rings. The all-flying tail surfaces are foam filled, plywood covered and 40 % static balanced.

The Ibex seems to us a refreshing contrast to the super- functionaI performance-at-any-cost types. It is not, however, proving easy to build and Stan does not foresee selling plans as he did in the case of the Cherokee II (of which almost 60 have been built thus far ). Work has been going on for about three and a half years and the designer foresees another full year of labor before the lbex is ready to take to the air. 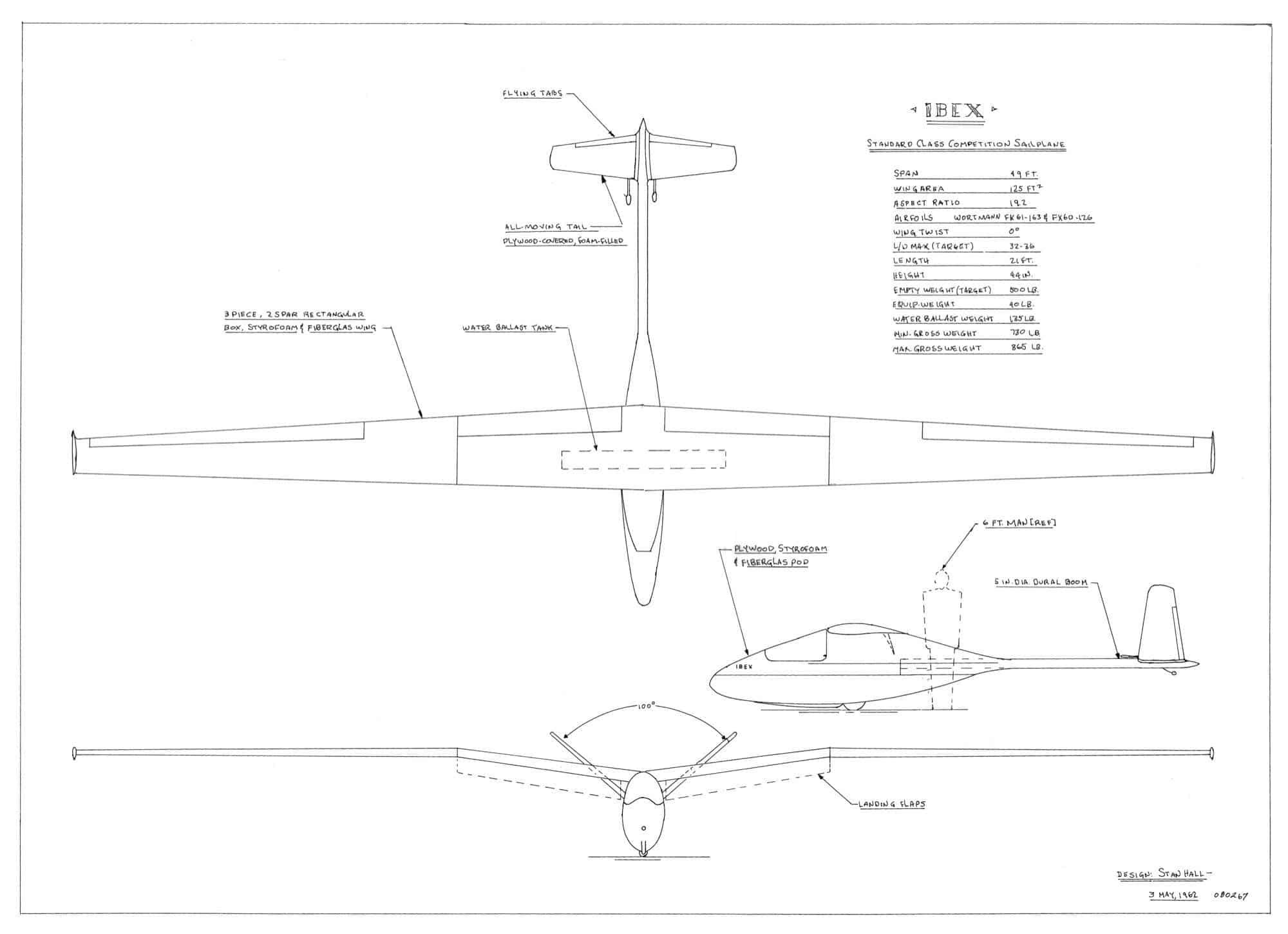