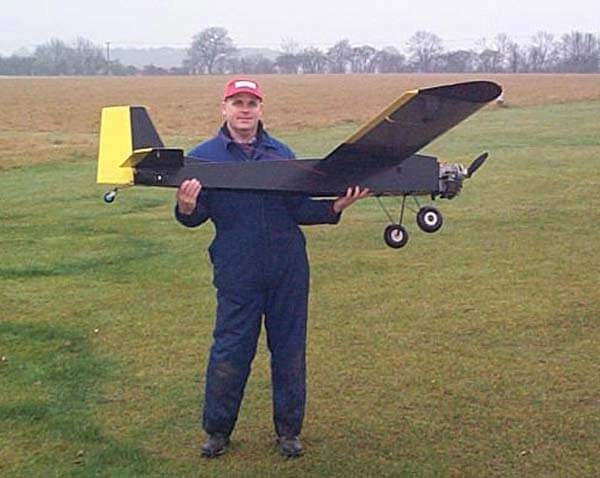 John has made three versions of his Tug available for FREE download.

This is a very simple to build model with the fuselage made from 0.8mm ply with 3mm ply doublers at the front and 10mm sq balsa longerons and cross pieces at the rear. The tails surfaces are all soft 1/2″ sheet balsa and the wings are foam.

The model is very stable but with high control throws is quite aerobatic. The big fat wing gives superb slow flight ability and with the addition of flaps can be landed at walking pace. Fitted with a Zenoah 62 and a minipipe this model will happily tow vintage or glass models up to 20kg 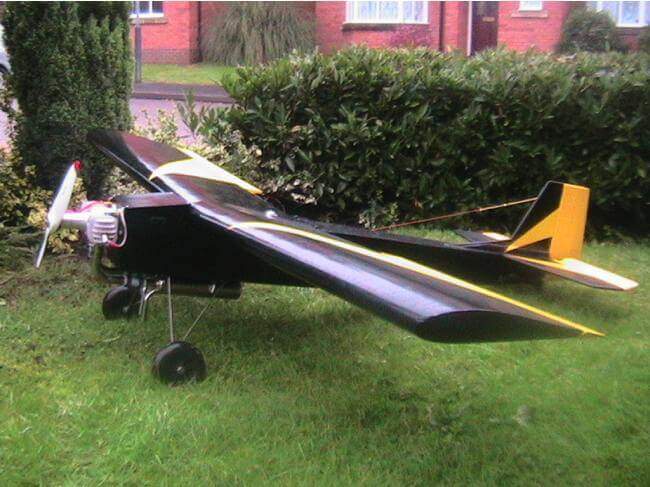 Due to the ever increasing size of the gliders we tow it was felt that a larger version of the very successful SD Greenley tug was needed to enable a bigger motor to be fitted. The superb flying qualities of the SD Greenley have been maintained in the new larger design by close attention to detail and weight saving.

The SDD Greenley uses the same form of simple sheet construction for the fuz and tail surfaces but features a 2 piece built up wing to aid transportation and storage.

The model has a 100″ wingspan and a flying weight of around 9.0 kg depending on which motor and exhaust system fitted. 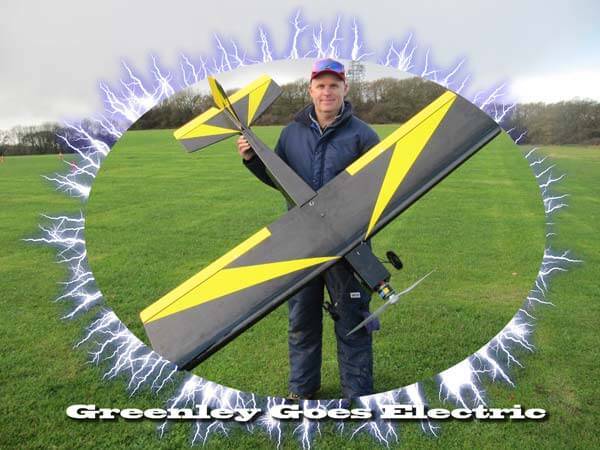 Following the success of the Greenley family of tugs and sport models attention turned to developing an electric version that matched the performance and towing ability of the Super Greenley. I am now pleased to present the Ampley. This model is 72″ span so slightly smaller than the other models in the Greenley family but with the suggested powertrain has the same towing performance as a Super Greenley fitted with a Zenoah 62 with a tuned exhaust. The model follows the standard simple form of Greenley construction and as with the other models in the family, it is presented in 2 versions, one with a foam wing and the other with a built up wing.

Following several tests we have optimised the powertrain as follows

This combination will tow a 12kg glider to 1000ft in less than 1 minute and is capable of doing 5 of these tows on a single charge of the battery. as a sport model with this set up the model will fly areobatice for more than 30 mins