Let’s make some room in the back of the van
I can get them all in there I know that I can
That’s the fuselages, the tails, the joiners and wings
I’ve probably forgotten one or two things
Let’s double check, food, flask, coat and hat
Ah! The transmitter is missing I can’t forget that
The weatherman said ‘Expect a good day’
But you can’t trust a weatherman…….never mind aye!
I’m sure when I get there the breeze will be great
And Chris Williams will be shouting ‘Come along mate’
‘I’ve been here for ages with my camera in hand’
‘If you can give me a launch then that would be grand’
What are you flying’? I asked with some apprehension
‘Only the Habitch’, he said ‘why all the tension’?
‘It weighs thirty pounds, but I know you can do it’
So I picked the thing up and by golly I threw it
Right over the edge of that magnificent slope
And it flew very nicely; there was no need to hope 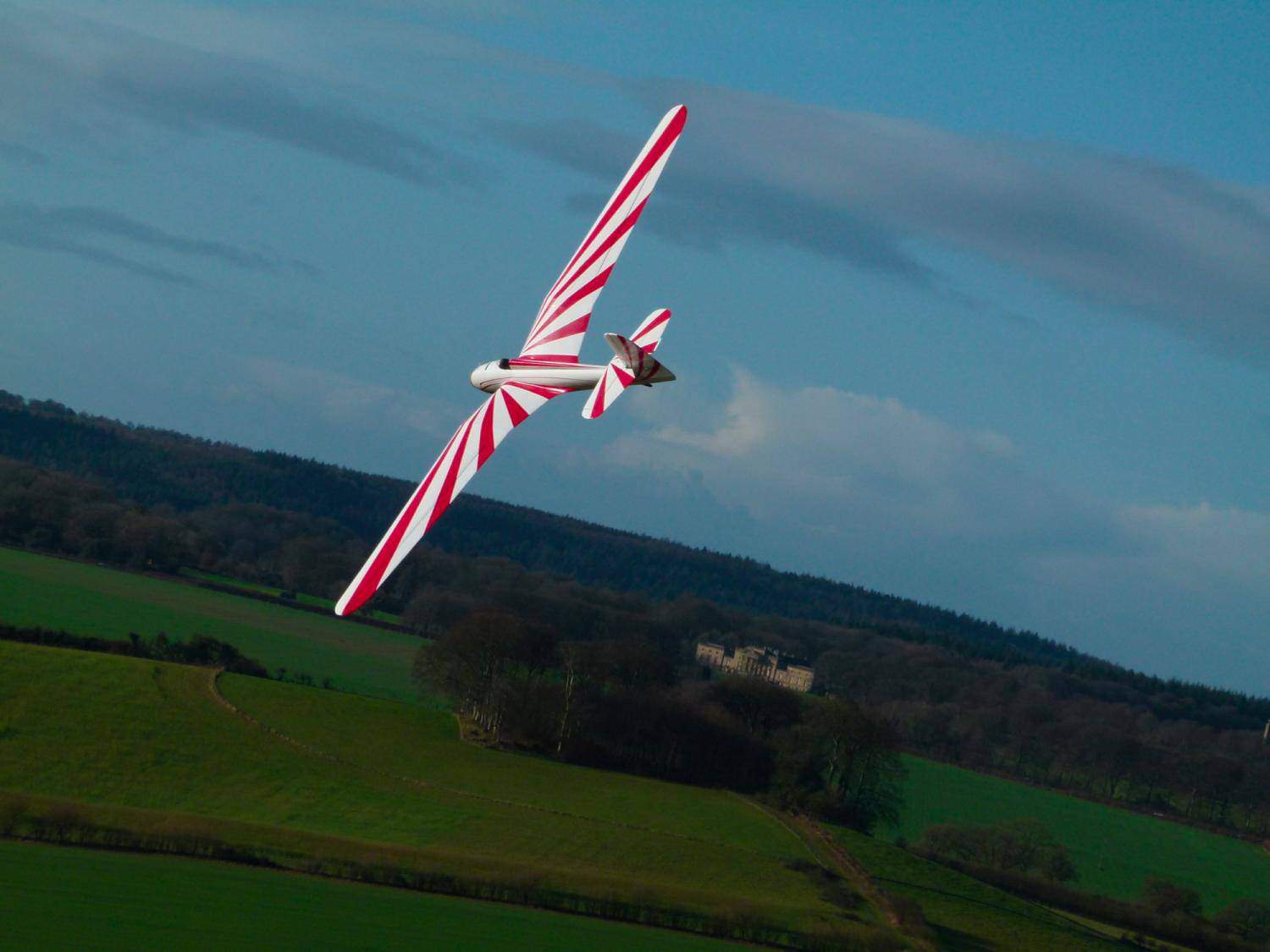 ‘Here have the camera, and take a few shots
‘I’ll do some low flying and you can take lots
Of photos that is’……’why did you say err’. ?
It’s just that this really fast glider’s a blur
I’m just getting used to this photography game
But I’m having a job keeping it in the frame

Pat Teakle’s turned up with the West Mendip crew
And there’s Allan Boyles from Exeter too
Den Larkin is here, he’s here with his mate
Don’t look for Chris Gordon as he’s always late
It’s possible Antonia may be here before noon
It’s a long way from Oxford but she’ll be here soon 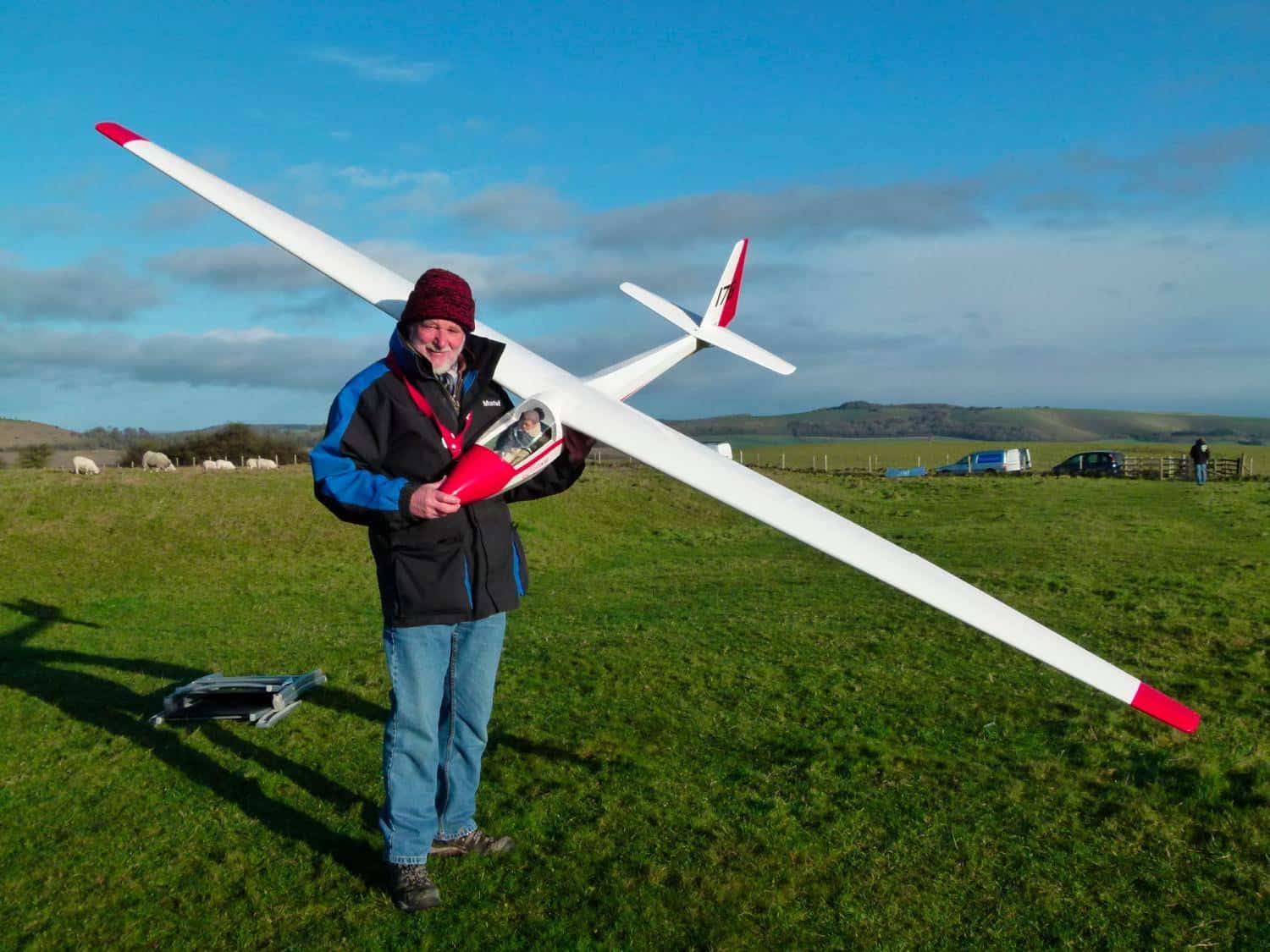 The wind has picked up, they said that it would
And guess what…the conditions are actually good
There are gliders of all shapes and sizes around
Some in the air and most on the ground
Some being rigged and some like my own
Still left in the van, but I mustn’t moan

There are modern glass ships and old woodies too
A wonderful site, between me and you
Time for the Petrel to come out and play
I’m not going to miss this fabulous day
It’s now almost lunch time and up goes a cheer
Well would you believe it Chris Gordon is here 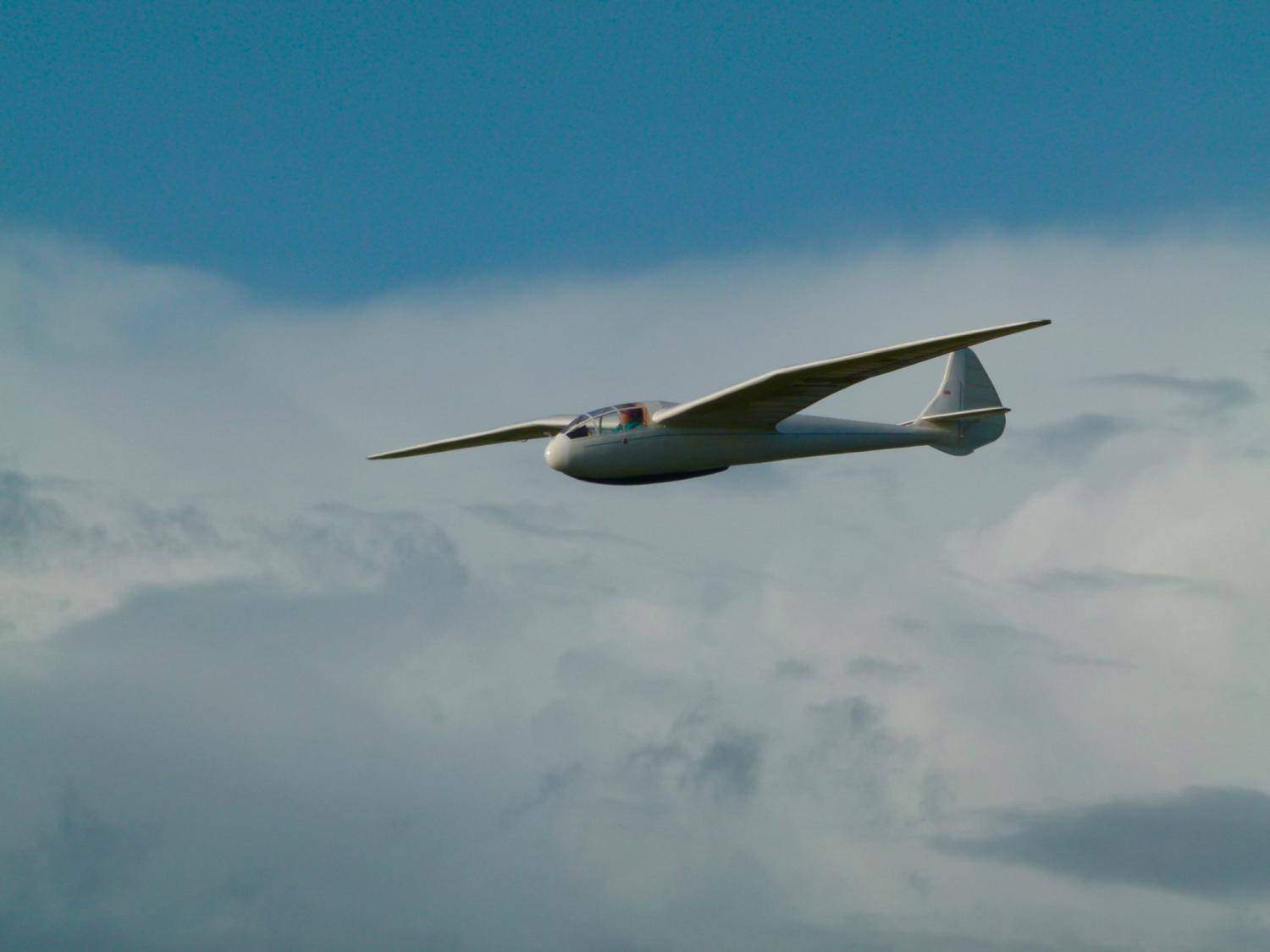 There’s no finer site from a slope it is true
Than the site of a glider that’s been built by you
Flying so gracefully up in the sky
I cannot go on…. there’s a tear in my eye
Although I must admit to one thing I’ve found
I do like my glider when it’s safe on the ground 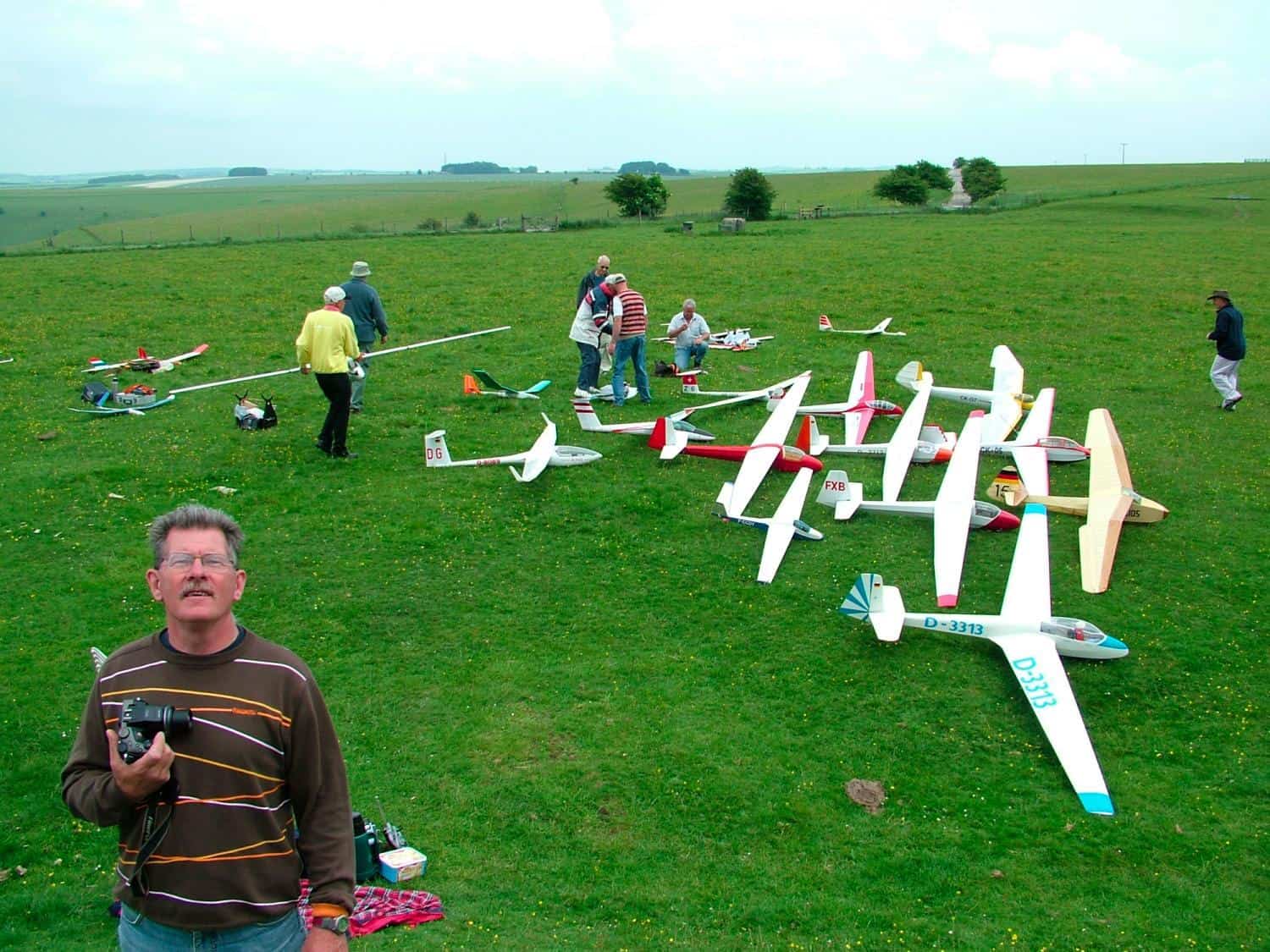 It’s been a good turnout and the weather’s ideal
Now I’m getting hungry, must be time for a meal
I’ll have a quick bite then pour out the tea
Don’t want to miss any action you see
I pick up my camera and I’m at the flight line
‘Go around again Chris I’ll get it next time’

The afternoon’s passing so fast I’m afraid
It’ll soon be goodbye to the friends I have made
It’s a long drive to Dartmoor, along the A303
Who’s had a great day? ….Why that must be me!
We’ve had a good day and the times just flown by
But we’ll be there again…. third weekend in July