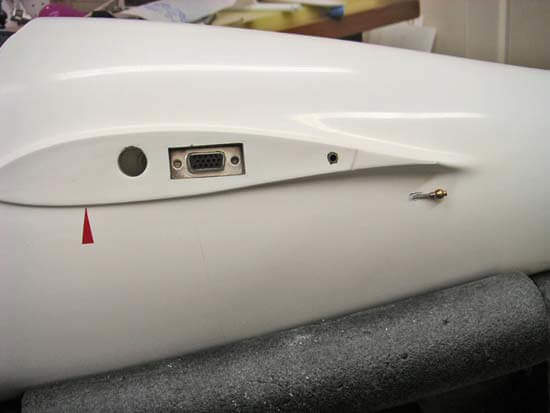 The switch cable end exiting from the fuselage right below the trailing edge of the wing. Not visible from above or from the side, the small brass fitting protrudes only slightly and is nearly invisible unless viewed from below and at short distance.
Note: all images below can be enlarged 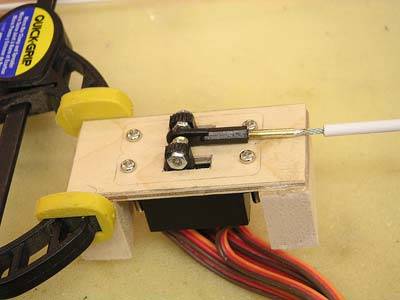 Master and auxilliary switch mounted on pywood board, ready for installation in fuselage

What could be more beautiful than a well turned out scale sailplane? And what could be a greater eyesore than a big honker RX switch poking out of the fuselage side? That’s why so many scale pilots elect to mount these switches internally and go through all kinds of gyrations to access them.

This spring I completed a very handsome, fully molded Nimbus 4D 5.2 meter scale sailplane. Purchased some time ago from Icare, it’s a beauty and includes a canopy with scale latching mechanism. Every time you plastic vent window to access the canopy latch. I certainly wanted to avoid this operation every time the RX is turned on or off. 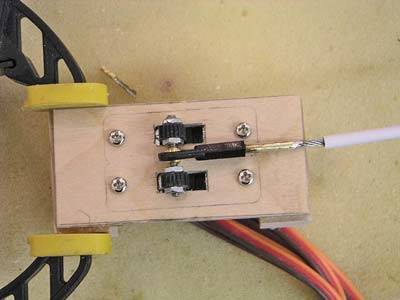 I posted a question on R/C Groups but did not receive any viable solutions. Then I remembered the system used to latch the canopy on the Valenta L213A Blanik . It’s a simple but clever approach essentially based on a Nyrod or bowden cable that runs through the fuselage and exits under the wing in front of the trailing edge. I figured the same strategy could be used to actuate the RX switch on my Because of the complexity and potential current drain of this model (12 servos plus vario running on a 12 channel receiver), I wanted some additional power insurance and decided to run two battery packs in parallel operating off two RX switches mechanically tied together. The photos show how this was accomplished hardware. A Dubro throttle cable with brass fittings soldered onto either end links the switch assembly to the small external knob. 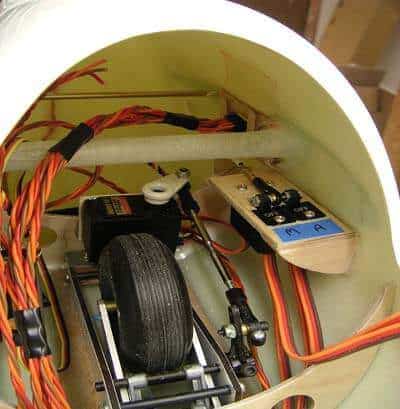 To turn on the RX, simply reach under the wing, grasp the small brass knob and pull. It’s simple and effective. 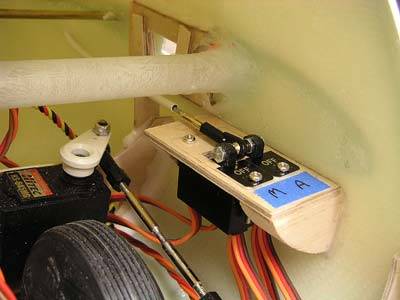 Above and Right: The switch mounted in Steve’s Nimbus 4D fuselage, just to the side of the wheel retraction mechanism with all wire cabling in place